News: ‘Values-based banks have a vital role in making finance a force for good’

Peter Blom, CEO of Triodos Bank, has stepped down as Chair of the Global Alliance for Banking on Values. Reflecting on his time as chair, he stresses that without values-based banks the financial sector may slip back into old habits.

In 2009, as CEO of Triodos Bank, Peter Blom co-founded the Global Alliance for Banking on Values (GABV), a worldwide network of independent and sustainable banks. The idea for a network of values-based banks came from a conversation a couple of years earlier between Mary Houghton, co-founder of ShoreBank in Chicago, and Peter. With the support of Sir Fazl Abed, founder of BRAC in Bangladesh, they seized the moment to start the GABV.

At the time, the GABV was an aspirational group of CEOs of only nine progressive banks. As its founding Chair, Peter has played a pivotal role in the growth and increasing influence of a network of pioneering sustainable banks in the past 12 years. The GABV has become a powerful force for positive change with 66 members, supported by 70,000 co-workers and with combined assets under management of over USD200 billion.

Peter Blom stepped down as Chair during the recent annual meeting of the GABV (2-4 March), as his third term came to an end.

Let’s go back to the early days of the GABV. Why did you start the GABV in 2009?
My eyes were opened to the importance of acting globally, when I worked with aspiring bankers in Africa, Asia and Latin America. By working together with colleagues from Women’s World Banking, among others, On the strength of my professional background and personal passion I developed a strong interest in global justice movements and grounded ways in which meaningful change can happen through banking and finance.

Much later, in the mid-2000s at Harvard, I fell into conversation with other CEOs about how we could achieve much more to shift the financial system in a sustainable direction, at a global level, if we were to work more closely together. That is were I discussed the idea of a Global Alliance with Mary Houghton.

It took some time, but finally a small group of progressive values-based banks, like Triodos Bank, ShoreBank in Chicago and BRAC Bank in Bangladesh, came together to strengthen their own institutions and nudge the banking sector in a more sustainable direction. At its core we realised that values-based banks could make much more of a difference together than acting independently. We were keen to unlock their potential by creating a real movement.

The GABV began life as a network for CEOs – it’s a condition of membership that the CEO participates and, for example, attends the Annual Meeting in person.  But it has become so much more than that. For Triodos Bank it was a way to increase impact. Not necessarily just as Triodos Bank but together with others.  It was never our intention to become a large multinational; it would simply take too much time and we promote a diverse banking system. To deliver impact by partnering with like-minded colleagues and organisations is a modern network approach that fits our values.

What did you hope the GABV would achieve?
We wanted to show the world how banking on values could be a credible alternative to the dominant banking system, plotting a path for other banks to follow. We promised to grow the movement and to work on providing evidence for the case for a more human-centred type of banking.

Have these ambitions been realised?
To a large degree, yes. But our job is not done. Our network has grown significantly to 66 banks from across the globe, much more than we imagined when we started. Our members, who operate across Asia, Africa, Australia, Latin America, North America and Europe, face different challenges, have adopted varying business models and serve different markets. Because of this diversity, we have flourished and for many values-based banks we have been a source of inspiration; not least because they saw that they were not alone.

And I believe we have also shown the traditional banking sector that values-based banking works, works at scale and provides a legitimate and different approach that’s more just, green and resilient. We not only proved that values-based banking is as profitable as conventional banking but that we have much better solvency ratios and much more of our balance sheet working in the real economy. We have ended the misconception that values-based banking by definition is an inferior business model. All of these things are particularly relevant when the world is wrestling with the climate emergency, political and social unrest in many places, and of course with the far-reaching impact of a global pandemic. We must transform our economy to realise the change that is needed. The role of banks will be crucial because without finance a new economy will not emerge.

As well as working at this system level, the GABV provides a space for senior professionals to find inspiration and practical solutions; microfinance banks focusing on social inclusion in emerging markets, for example, can benefit European banks with a bias to environmental finance. This sharing is at the heart of the GABV’s success. And this can lead to very practical developments. Last year, for the first time, members of the GABV invested in one of their own, in Opportunity Bank Serbia, for jnstance.

I think it’s fair to say that in 2009 we considered the world’s most pressing problems, such as climate change, social exclusion and economic empowerment, as separate issues. Through the GABV, over more than a decade, we have learned that they are much more interrelated. And as a growing network we have shown that systemic change is possible; and it is not just a few aspirational organisations that want to change the world, it’s a genuine movement.

What are your most powerful memories from your time as Chair of the GABV?
My most powerful memories are from the GABV’s Annual Meetings, which are all hosted by one of our members. Powerful because we were often able connect at the highest social and political levels of a country of the bank hosting us. We could demonstrate how far values-based banking has come. Also, we could connect our members with visits to customers of the host bank to see with our own eyes what their impact in real life means.

What does the banking sector need next, and what role can values-based banks in general, and the GABV in particular, play?
The sector needs to focus on positive change that’s either starting to happen or should happen. But it needs to go much further, much faster and with the courage to be imaginative and act in new and impactful ways. Civil society, as well as NGOs, regulators and government, should play their part in creating a banking sector that puts people first.

The GABV has a crucial role to play shaping the future of finance – the title of this year’s annual meeting. It has been instrumental, for example, in

promoting and practicing carbon accounting, an important first step to align with the Paris Climate Goals and keep temperature increases within safe levels. Without organisations like ours, pushing for intrinsic change, banks may slip back into old habits where people and planet are in the service of profit – and not the other way around.

In the end our challenge is to empower people; to be an instrument of the people, for the people. It sounds obvious but it is hard to do, and more necessary than ever. Because, as banks, we have to realise that we can only be effective through the people and the initiatives they run, and we finance.

It’s true that some conventional banks may resist what’s required from them to support the transition to an inclusive, fair and decarbonized economy. These forces are powerful. So we have to find ways to combat them, to encourage and partner with more enlightened institutions to go further, and to celebrate organisations that really are at the forefront of the transition we so urgently need.

During my time as Chair of the GABV I have seen extraordinary change happen, much of it positive.  I am convinced that values-based banks, with the GABV as a galvanizing force behind them, have a vital role to play in shaping the future of finance and making it a force for people, and for good.

The original article can be found here 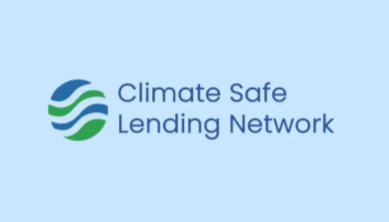 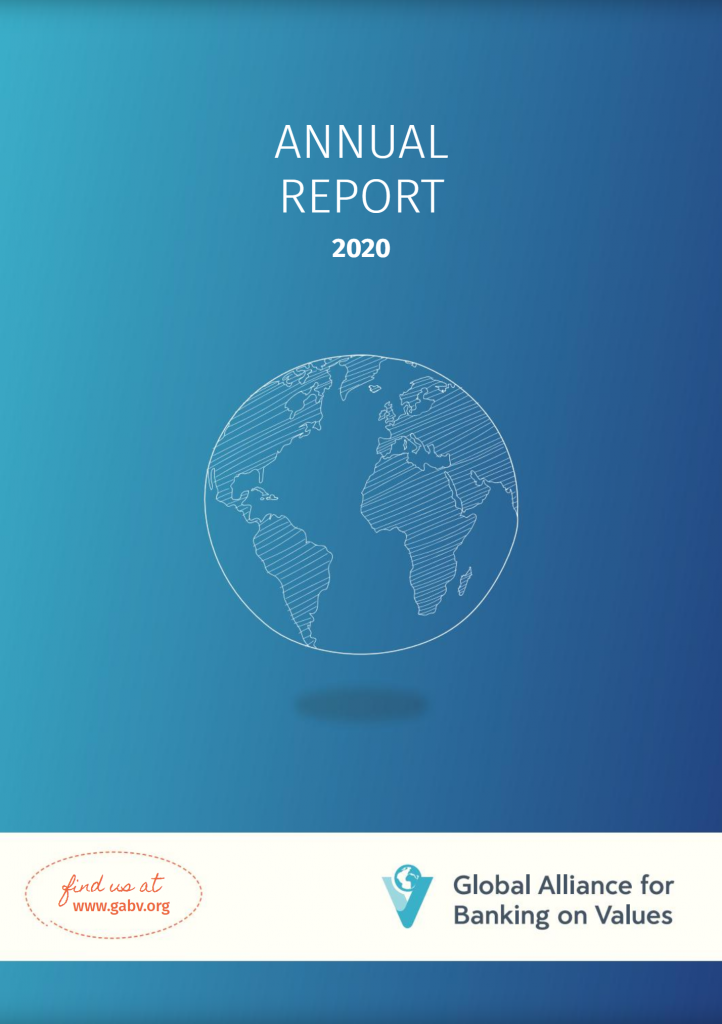